A quick refresher on SERPs

Page Titles and Meta Descriptions are an SEO's bread and butter. Despite this, I’ve just spent far longer than one might expect Googling around various sources to fact check a few key pieces of information regarding the new (ish) layout of the Google SERPs.

I was surprised at how frustrated my spoiled, internet-addled brain became when presented with a situation where the information I sought was not neatly and comprehensively organised in the first place I looked, - thanks Google.

Ever the altruist, I’ve collated the information in one place. It's too late for me, but maybe I can spare you the minor inconvenience that I have suffered. Benefit from my toil filthy peasant readers:

The Google SERPs use:

Like all sane individuals, I use Microsoft Excel* when writing large amounts of meta data. Ensure your cells are formatted with the correct font (as described above) and resize the column width to match Google’s truncation limits.

Annoyingly, Excel measures column widths in inches by default. It can be switched to metric but many versions of Office lack the option to actually specify the column width in pixels. However, you will find it to be roughly:

Final Note:
Please bear in mind that Google will bold keywords in your meta data according to the search query and that bold characters are fatter than standard characters. As a result, it is wise to leave a cushion of 10-20 pixels when writing your titles and descriptions to account for this, otherwise, you'll end up like a hungry elephant... Truncated. 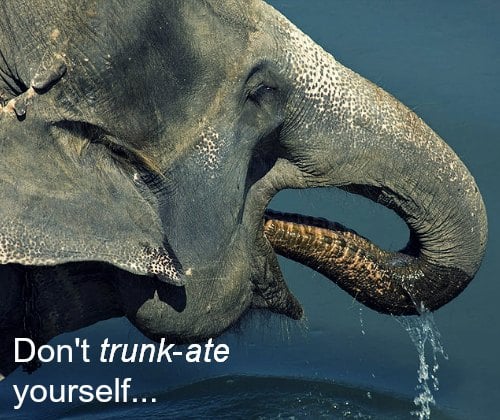 Ste likes to mess about with the techie side of SEO. As such his blogs are mainly about SEO or rants about bad web development practice.