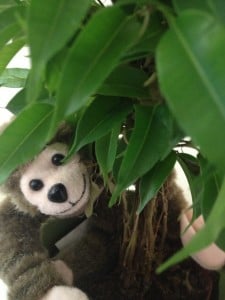 Do you have the Tuesday blues after two days off? Here’s something to make you smile: the results of our Eggspired or Eggspat game!

We have a number of winners, some of which were amazingly quick off the mark (nods to @TheAlexCox and @FreyaES) and will shortly be receiving one of our highly sought after Flying Monkeys (seen here in his natural habitat)

So, how did you do? The results are below: 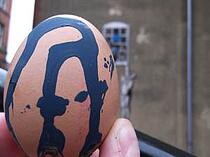 “This guy is a bit of an eneggma. Famous the world over, is he an artist or a public menace?”

Banksy – Famous for spraying graffiti around Bristol and other cities across the UK. Amazingly his identity has remained secret and few really know who this stenciling Bristolian is. 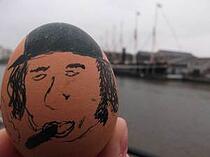 “This egg played a fundamental role in the succeggs of Bristol during the Industrial Resolution. His work spans the UK connecting people via both land and sea.”

Isambard Kingdom Brunel – Famous for designing and building Bristol Suspension Bridge, Temple Meads Train Station and the SS Great Britain. It’s a little known fact that if he hadn’t been called ‘Jon’ then our founder was going to be called Isambard in honour of IKB. 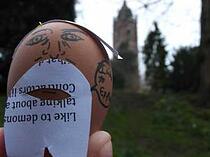 “This Italian born egg sailed the seas in search of sand, sea and seggs. One of Bristol’s shopping centres now bears his name. America, on the other hand, doesn’t.”

John Cabot – Famous for discovering America in the 15th Century in a ship called the Matthew, it wasn’t Columbus or Vespucci, it was Cabot. 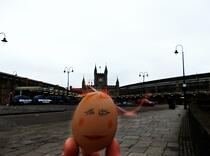 This literary genius was born just outside of Bristol and helped raise the profile of the city using magic and wizards. Eggspelliarmus!

J K Rowling – Famous for, well, who doesn’t know what she’s famous for?! Harry Potter and the world of Hogwarts were born on a train journey from Manchester to London. Rowling herself grew up just outside of Bristol in Yate and Winterbourne. 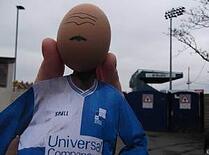 Known for his broad West Country accent and bizarre quotes, this egg is famous for heading up one of Bristol’s football teams. He really egged them on from the touch lines.

Ian Holloway – Famous for managing one of Bristol’s football teams: Bristol Rovers. Also famous for his crazy views on players and games alike; views which were delivered in a broad West Country accent. 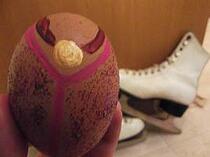 Things are no longer a little chilly for this three-time World medallist and four-time British national champion who retired in 2000. He’s never eggselled at the Olympics.

Robin Cousins - Famous for his moves on the ice, Cousins was born in Bristol and became one of the “coolest” characters to come out of the region, winning numerous awards for his skating. 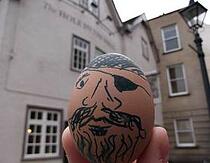 Owner of a ship called Queen Anne’s Revenge, this egg would likely hold you to ransom and may refer to you as a ‘Pretty Polly’ in a rather derogatory fashion. He wouldn’t be yolking.

Blackbeard (Edward Teach) – Famous for causing havoc around the West Indies and eastern coast of the American colonies. 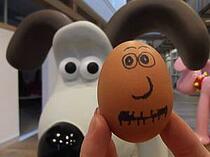 Fancy some cheese? You may have to get in there quick before this animated character ‘nicks’ it all to put on his crackers.

Wallace – Famous for his love of cheese and being one half of dynamic duo: Wallace and Gromit. This animated pair has taken the world by storm, winning the hearts of nations and bagging their creators numerous awards and Oscars.

Thanks to all those who took part!