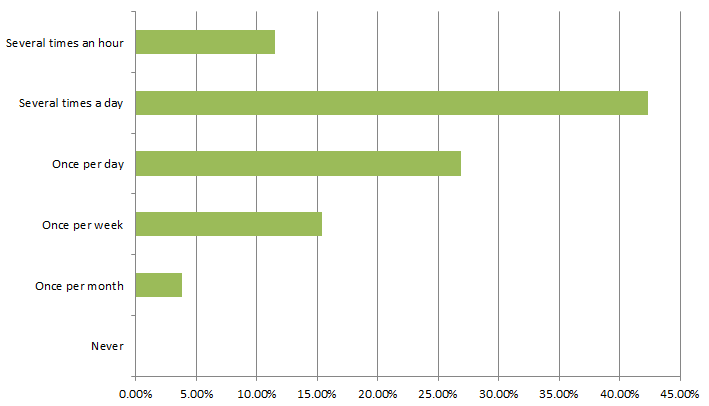 With some clever people estimating that Google’s new social platform has already surpassed 10m users (and predicting it to hit 20m by this weekend), I wondered if all this ‘early adopter’ action would lead as quickly to take up from ‘normal’ people.
By ‘normal’ I mean people who aren’t heavily involved in digital marketing so aren’t likely to jump on every social bandwagon (like I do) just to demonstrate how forward thinking they are… So, I took a quick straw poll of some friends and family to see how if these normal people (if I may be permitted to describe my friends and family as ‘normal’) would jump from Facebook to Google+

It’s not a terrifically large sample and the design of the questions was probably flawed, but it was late (and I was a touch drunk) Still, it’s still an insight of sorts… 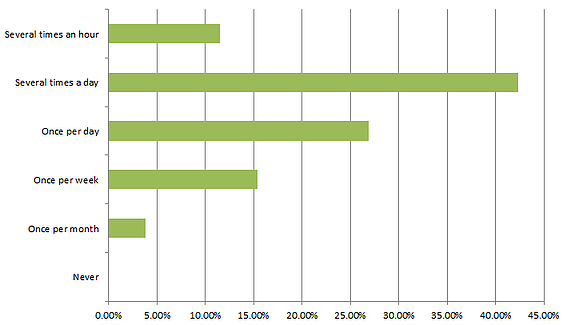 I guess it’s no surprise that 53.8% of the people who responded said they visited Facebook once per day or more, I shared the link to the poll there.

Question 2: Most of us don't want to share work related stuff with friends and often the photos you share with your friends may not be appropriate for your mum to see. Did you know you can put people into groups and share your updates with all your friends or select the appropriate group(s)?

With regards to the question itself… There’s a lesson here. Don’t set a survey after half a bottle of wine. Not only is this question a long one, it’s been described as ‘counterfactual’ which could be damning or complimentary but I don’t know what it means, the dictionary is on a high shelf and I can’t find anything appropriate to stand on to get it down.

That aside - 80% of people who responded don’t share stuff with groups of people on Facebook. Either they don’t know how or it’s such a faff they don’t bother. Looks like Google+ Circles are going to be a boon for these guys… Even my 69 year old dad figured them out on first look.

Question 3: Last question. If Google were to bring out a competitor to Facebook that allowed you to more easily categorise your friends, acquaintances, family and colleagues so you could share info with selected groups easily, would you try it out? 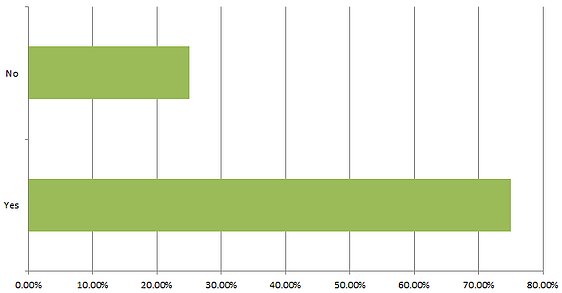 75% said yes they would. Remember, these are normal people… few geeks here.

“It would take a lot to get me to leave FB as I have built up lots of friends and history over many years there. I don't think I would want 2 different accounts FB and G either.”
“Will every one be on Google+ and can I be arsed?”
“I love Facebook too much to leave”
“It would depend on whether my favourite people could be persuaded to cross over”
“I believe a dedicated single purpose tool is more effective at a job than a Swiss Army knife. Google should focus on it's search engine rather than trying to BECOME the Internet.”

So there you have it. If you fancy checking out another straw poll Search Engine Land’s Matthew McGee shared some results on his Google+ profile

For more Google+ facts, I’d keep your eye on http://searchengineland.com/

Let me know what you think!