At Noisy Little Monkey we're always on the lookout for examples of best practice web development, but in our research for the prince of websites we have to kiss a lot of frogs... We stumble across a lot of bad design because there are some truly naff sites skulking about the web, some ugly, some weird and some just plain wrong. Here are some personal favourites of mine and some of the easy ways you can build a better site. 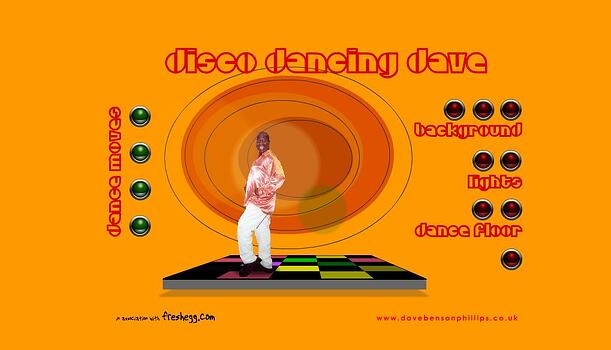 Remember Dave Benson Philips off of late 90’s kids TV? Well I do, mainly because if you were a kid in 1999 (I was 7) then Dave Benson Philips was the coolest thing around excluding Pogz and Tamagotchis. Now it saddens me to write this as we now see how far Dave’s come since his heyday on Get Your Own Back. You can now hire Dave for parties and events and even make him dance on this awful, awful, tragically awful site.

Avoid Dave's big mistakes - The whole site is Flash and the navigation is 'new' and 'funky' and for some reason, not on every page. 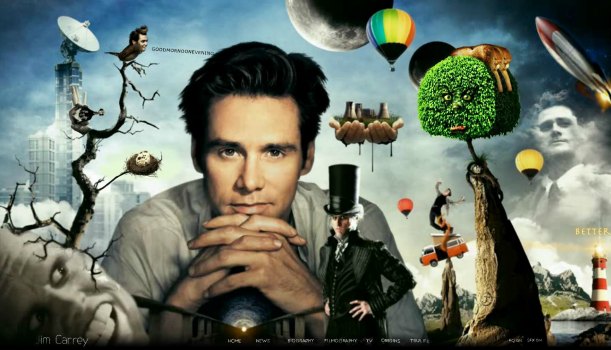 While slightly more upmarket and flashier than Dave Bensons Philips site, it is definitely 10 times weirder. I actually struggle to find words to describe Jim's site, I have no idea how to navigate through it, I have no idea what it’s for and I have no idea what possessed him to make it. In saying that, it is probably a fair representation of what goes on in that madman’s head.

Avoid Jim's mistakes - A pop up on the homepage (which, to add insult to injury, my firewall tells me is unsafe) and then the whole site is all Flash with individual elements taking ages to load. Oh dear. It's web Jim, but not as we know it. 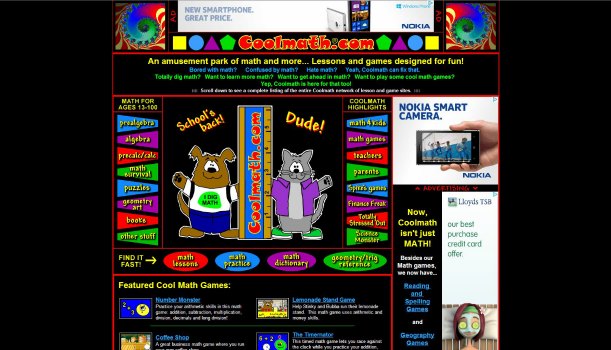 I struggle with this website. Besides the fact that this site is called “Cool Math”, and that in primary school I was made to play these crap MATHS (British spelling thank you very much) games whenever the teacher didn't feel like teaching (I now realise he was probably hungover), I mainly struggle with this site because it’s just butt ugly. It’s visually noisy. It makes my eyes hurt and also I just really don’t like maths.

Avoid Cool Math's mistakes - At least it's not all built in Flash, so it's a bit better than the first two examples. But it does have 400+ accessibility based errors and there are two websites. One uses the www. one doesn't. It also makes extensive use (bordering on spammy) of the outdated keywords tag. 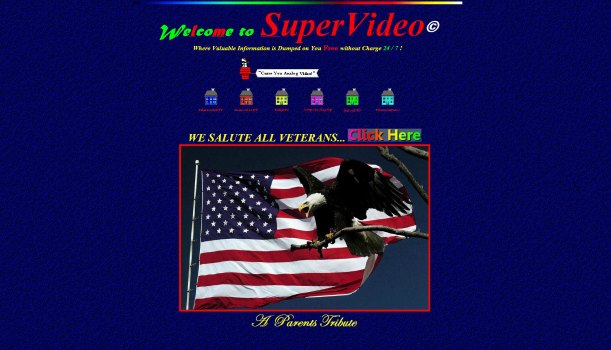 At first glance I have no idea what this website is. I don’t know what it does, and I have no idea what it’s trying to achieve. And at second glance I still don’t have a clue. When delving a bit deeper into the site, past the perched bald eagle and triumphant stars and stripes that scream MURICA! F**K YEAH! you find out that the site is actually a tribute to veterans both past and present. Which is kind of sad that it’s not made more apparent, both in the name of the site and in the page content.

Avoid Super Video's mistakes - If you're selling video, honouring patriotic servicemen, don't serve ads on your homepage. Don't have such an inaccessible site. Use this http://validator.w3.org/and keep your site error free (or at least, low on errors!). 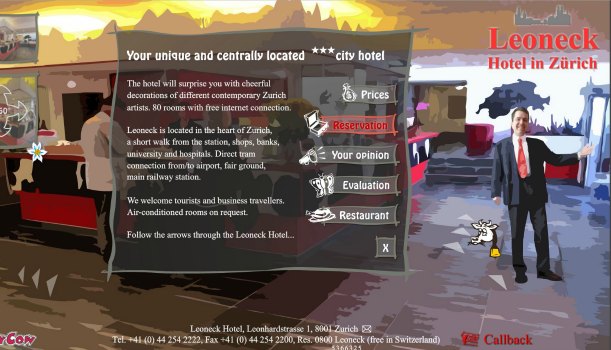 To be brief if you’re going for a holiday in Zurich don’t stay at the Leoneck Hotel. I’m sure their rooms are spacious and comfortable. I’m sure the staff are polite and helpful. But by jove is their website a pile of poop. On page sounds and a cursor that turns into a cows face were enough to put me off from ever staying here.

Avoid Leoneck Hotel's mistakes - Again, it's all Flash! Upside, they've got a non Flash version of the site for mobile devices & Google. Downside, Jon is addicted to playing the cowbells on the homepage.

If you know a website that's horrid - share it in the comments below. We love a good giggle. If your own website looks worse than any of these or it isn't far off, why not treat yourself to a WordPress or Blogger site for free /cheap. If you want to throw money at the problem (and get great results, obviously) please do give us a call, we’d like to help.