How To Capture An Online Audience

I think I speak on behalf of everyone who was at Digital Gaggle last Thursday, when I say that Steven Bartlett’s ‘Deeper Than Engagement’ talk blew our minds! The theme was ‘attention’, and he definitely got ours right from the get-go.

After dropping out of university after only one lecture, and being told by his mum not to call again until he went back, I was intrigued to hear where this talk was going next. I soon came to realise that Steven had the gumption and drive that most of us probably wished we had when we were younger. After two years of trying to get investors on board with his new business idea, Steven then launched Wallpark - a website for students.

It was at this point where he taught us his first rule of marketing - ‘don’t fall into the dangerous trap of thinking that anybody cares about you, quite like you care about you.’

The website launched but no one came… Regardless of Steven thinking everyone would understand its USP and tell him how amazing it was, no one even knew it existed. It was at this point when the realisation kicked in that, actually, everybody’s busy. They see thousands of different adverts and concepts every day, so why would they stop and pay attention to another new website?

Marketing is more than just telling people how amazing you are. Unfortunately we now live in a world that has become a desperate fight to try and win people’s attention. And this is exactly how Steven runs his current business, Social Chain.*

What Does This Mean for Marketers?

Many people may think that the attention of millennials is disappearing, but it’s not, it’s just in continual motion.

It’s probably no surprise that mobile phones have had a huge impact on this, as nowadays it’s where the majority of their attention goes. And what do they spend most of their time doing on these phones? Social media-ing of course!

If you’re looking to grow your audience, understanding the balance between putting content out there and asking for something in return is really important. Think less links! If you include a link in every tweet or Facebook post, your audience is going to think that your only objective is to get something from them. Giving, as opposed to taking, is the way forward.

It’s once you have those large audiences, you can then begin asking.

A popular trend at the moment is live interaction. Facebook Live has taken off like a rocket, however the mistake marketers make with features like this, is that they’re seeing it as an extension of TV. When in actual fact, those who are interacting with this content aren’t sat at home on the sofa with time to kill - they’re on their way to a lecture, or sat on a bus scrolling through their feed.

Remember - these people have a short amount of time to spare and have attention spans shorter than that of a goldfish!

The content you’re putting out there needs to be captivating enough to hold their attention the second they land on it. If you don’t get them on the hook straight away, they’ll be gone.

The last thing I will say on this point (and I learnt this from Steven’s talk) is: don’t be afraid to throw yourself out there. ‘Fake news’ has proven to be a popular route for capturing audience's attentions. As long as it's cleverly thought out, it’s such a brilliant way to capitalise on the real issue you’re trying to put across.

People don’t check if anything’s true nowadays; they’re simply lead by the latest trend and really only care about being part of it. (Just Google ‘Rex Secco’!)

How Can Influencers Help You Capture an Audience?

With great power comes great responsibility. Influencers are most definitely powerful, and it’s their responsibility to unconsciously influence you into doing something by gaining their trust and believing every word they say.

Influencers have become so powerful that being one is now considered a full-time job, and over the last couple of years the price you'll pay for an influencer to promote your product has skyrocketed.

4 tips on how to socially influence today’s generation:

PRO TIP: Although it’s easier said than done, try and aim to use multiple micro-influencers at once. After all, the same message spread across different resources will make a huge impact.

So there we have it - what I learnt from Steven Bartlett’s amazing talk in a nutshell!

*Social Chain currently has 305,000,000 followers across 400 communities - ranging from cupcakes to GCSEs, and increasing by 2,500,000 followers per week. If that’s not proof these methods work, I don’t know what is! 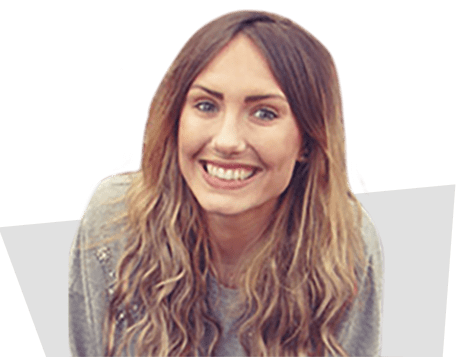