John Thornton, Social Media Copywriter for Innocent Drinks, has been confirmed as the eighth and final speaker to join the Digital Gaggle lineup.

Digital Gaggle, the digital marketing conference organised by Noisy Little Monkey, returns to Bristol's Watershed on Thursday 19th September for an afternoon of inspirational talks delivered by experts in the marketing industry. You can find out more and book your ticket here.

John's talk, 'One Tweet Away From The Sack' will give attendees a behind-the-scenes peek at what goes into Innocent's social media strategy and reveal the tactics behind how they drive engagement with their followers. 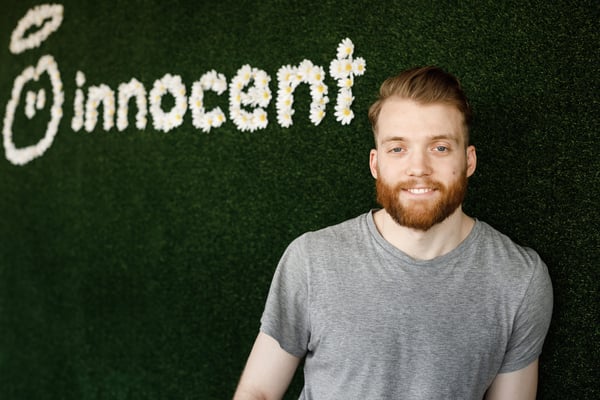 Photo of John Thornton from Innocent

John’s talk will discuss the power of nonsense, how to give your social media a purpose beyond advertising, and why personality trumps tone of voice. He’ll then completely undermine himself because Innocent’s most successful tweet is actually a shameless advert featuring four separate product messages. He’ll also cover some of the many tweets that have nearly got him sacked, and why tweeting in the shadow of a P45 is worth the risk.

Innocent's session on social media is one of eight talks which will be delivered throughout the day. Other topics which will be explored at the event include:

- 'Crisis Comms: Nothing Gets Deleted on the Internet.' - Emily Perkins, OggaDoon

- 'Don’t Do A Pepsi: How To Be Inclusive With Your Marketing' - Joyann Boyce, The Social Detail

- 'Look Into My Eyes: How To Influence Buyers To Grow Your Profit' - Jon Payne, Noisy Little Monkey

- 'Why We Should Be Scared of Google - And What We Can Do About It' - Arianne Donoghue, Edit

Not only is the conference stuffed full of more tips and advice than you can shake a stick at, attendees can also expect plenty of networking opportunities, good food, and friendly faces.

Early Bird ticket sales end Wednesday 28th August at 12.30pm and save you 20% off a full price event pass. Secure your spot by clicking the button below.