James Whatley is Strategy Partner at Ogilvy UK and the co-author of Ogilvy’s annual global key digital trends report.  As a keen industry commentator on the nuances of where innovation and advertising meet, he knows a thing or two about what’s happening in this wonderful world of digital.

At Digital Gaggle, he talked about three of the key trends identified in his 2018 report and the extent to which his predictions – made in November last year – have come true.

The prediction was that AR would become a mainstream technology, picked up by brands as part of their wider marketing strategy.

In the last year our interest in AR hasn’t diminished. Pokemon is still hugely successful and Snapchat is using Bitmoji (a free AR character creation app) to embed AR into its platform.

Where Snapchat goes other brands are sure to follow. Facebook has been experimenting with AR tie-ins to films, most recently its Jurassic World game. This TV ad for the iPad gives us an indication of where other brands might be going:

However, apart from recreational AR and an inspirational Apple ad, there’s been little progress by brands. Perhaps the best example of AR used to encourage purchase is Ikea Place which allows you to place its furniture in your room:

James’ verdict: The tool kits to make AR apps a reality are out there, but it's still expensive.  No one has found the killer app yet, so although AR is tentatively progressing as a marketing tool, it’s definitely not a reality yet.

The end of typing

This is a trend towards voice-based digital media – it includes voice search on mobiles, digital assistants like Google Assistant and Alexa, and voice activated devices like Google Home and Amazon Echo. Essentially these are devices/technologies that interact through listening, rather than typing.

No doubt this is a trend - smart speaker ownership has doubled in 6 months - however, there is an attitude hurdle to jump as many find this kind of listening technology creepy.

For brands, voice has huge potential as another customer touch point.  If you exist online, why not exist on Alexa?  Domino's have embraced voice search so that you can order pizza without lifting a finger.  Digital Gaggle’s friend Craig Pugsley talked about how he approached this with Just Eat back in September 2017.

James’ verdict: Despite suspicion about voice activated devices, their popularity is growing. In the future, you might spend less time obsessing on your brand’s Google ranking, and more on what Google Assistant has to say about your business.

Tragedy of the commons in influencer marketing

Why is this? James explained ‘the tragedy of the commons’ is an economic theory from the 19th century that suggests there is no incentive to look after common land. To translate this, influencers who are making heaps of cash have no incentive to regulate what they do.

And there are some awesome viral examples of how influencer marketing can go wrong:  recent examples include the outcry surrounding Kim Kardashian promoting diet supressing lollipops to her millions of Instagram followers and Scarlet Dixon promoting Listerine.

But despite these high-profile crash and burns, influencer marketing is still HOT. More and more brands are working with Insta stars and bloggers to build awareness and create meaningful connections with their target audience.

However, regulatory bodies are catching on and putting pressure on influencers to do the right thing and be clear about what is paid promotion. The Advertising Standards Agency (ASA) has tightened up their guidance for social influencers, and the Competitions and Markets Authority (CMA) is starting to take transparency seriously.

James’ verdict: Influencer marketing is growing but brands must take responsibility for how they use influencers and not assume that influencers will do this for them. Tacky brand association is tacky, no matter how influential someone might be.

I can’t tell you about the amazing trends that James and the Ogilvy gang have identified for 2019 – they are under embargo ready to be published later in 2018. You should have been at Digital Gaggle for a sneak peak 😊

All we can say is follow #ogilvytrends2019 and be the first to get your head around what 2019 might have in store for the wonderful world of digital! 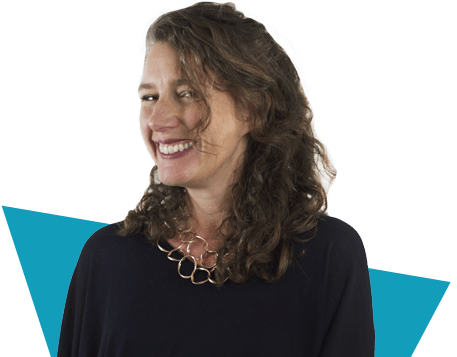