The (State Of The) Art Of Conversational Interfaces

Digital Gaggle wouldn’t be the reputable conference it is without a robot introducing itself on stage now, would it? Like Paulie’s robot from Rocky 4, Amazon Alexa’s mechanical (yet ever so slightly sexual) tones boomed out of the speakers at last week’s Digital Gaggle to rapturous applause.

It was a momentous occasion. Like giddy school children. the audience gasped, oohed and ahhed as if they were watching a firework show on a rollercoaster whilst eating their favourite flavour of ice cream (obviously strawberry). Personally, I feel like NOW I know how people felt when John Logie Baird demonstrated the first Television in 1926 - equal measures of excitement and fear of its potential to take over the world. 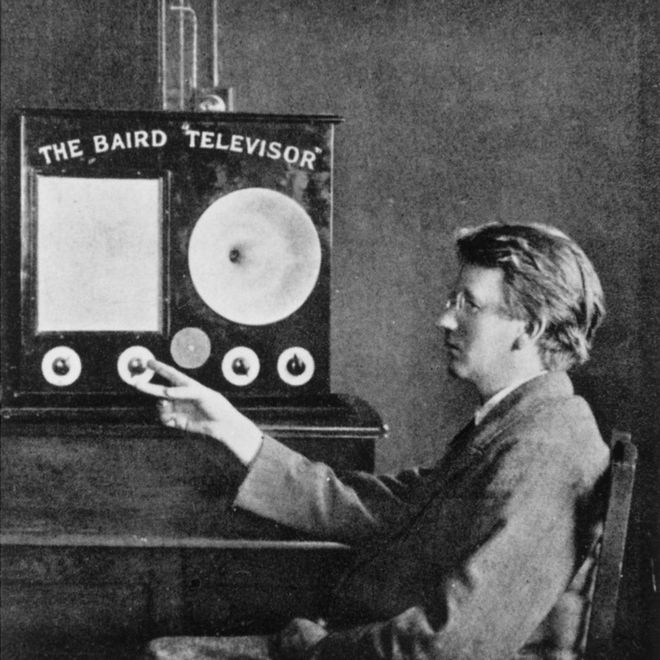 Did you know it was called a Televisor?! I might try to bring that back, “Darling, you’ve left the Televisor on standby again...yes I know it’s not a lot of energy but it’s money we don’t need to be spending!”

...Anyway, back to Digital Gaggle.

Alexa’s glamorous assistants were the lively, lovely and intellectual duo from Just Eat’s Research and Development Team - Craig Pugsley and Andy May - who have been analysing, testing and redesigning their marketing strategy with conversational user interface devices for the last 18 months. Or as Craig put it, “we get to play with toys.” The grand finale of the show (and it was a show), was watching Craig place a verbal order for sushi, live on stage, with Alexa confirming that he had indeed: “ordered like a boss.”

Alongside the pizazz of Craig and Andy’s talk, there were some alarming statistics that marketers, particularly in the e-commerce and entertainment spheres, need to pay close attention to. The voice search market is growing rapidly, and not just in the younger, techno-gadgety generation. Where iPhones and Kindles have been thought of as too confusing for your poor Nan who is still getting her head around the microwave, conversational user interface devices offer as intuitive a user experience as you can get! No need to get your glasses out or fight with fiddly buttons - it’s as simple as ABC. 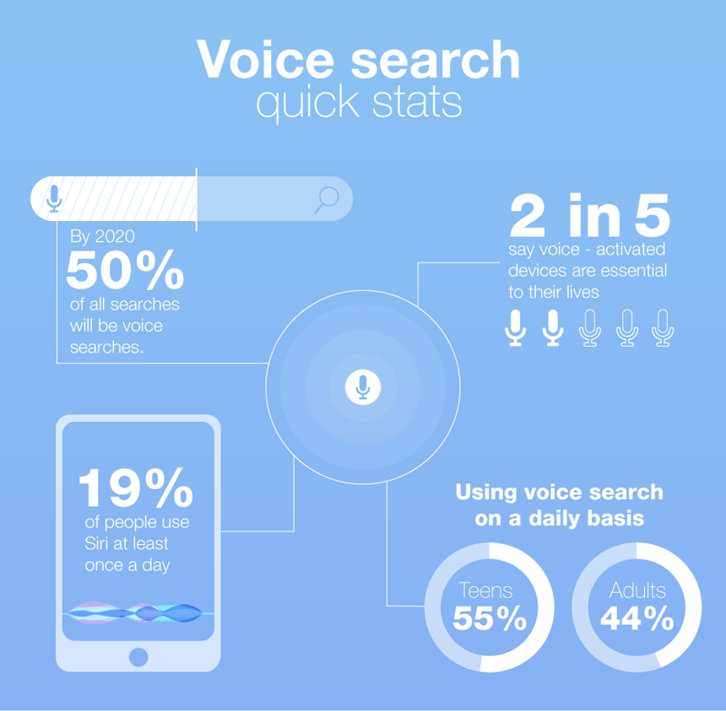 So what does this all mean for marketers? Well according to the Just Eat duo, the time to get on board is nigh. This is shown by how committed the world-dominating conglomerates are about the fight to get the biggest slice of the voice search pie. Alongside Amazon, Google and Facebook, BMW, Ford and Samsung are all battling to capitalise on this emerging market...while it’s still in the oven (did I stretch that pie metaphor too thin?).

Perhaps the most dramatic change for marketers, who are beginning to look at investing in the voice search market, is in its design. Where apps, websites and the majority of online marketing have two primary design functions to consider: User Experience (UX) and User Interface (UI), conversational user interface devices have UX and copy...just copy: 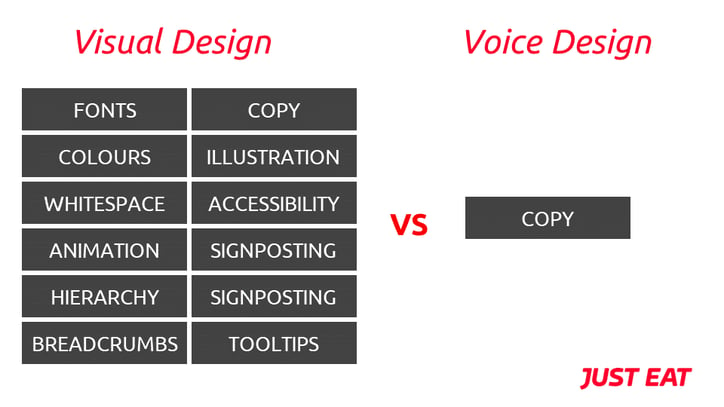 Although creative writers and content marketers will be rubbing their hands with glee at this revelation, it does pose an alternative problem for brands who are looking to stand out from the crowd. This was summed up by Craig who said shrewdly: “copywriters are now our #1 heroes.”

And he isn’t wrong. When all you have is Alexa’s robotic voice to work with, every line you write must be memorable, intuitive and informative, as well as entertaining. Craig and Andy are convinced that the key to success in this market will be providing copy that makes people fall in love with your brand, built on satisfying these 6 pillars: 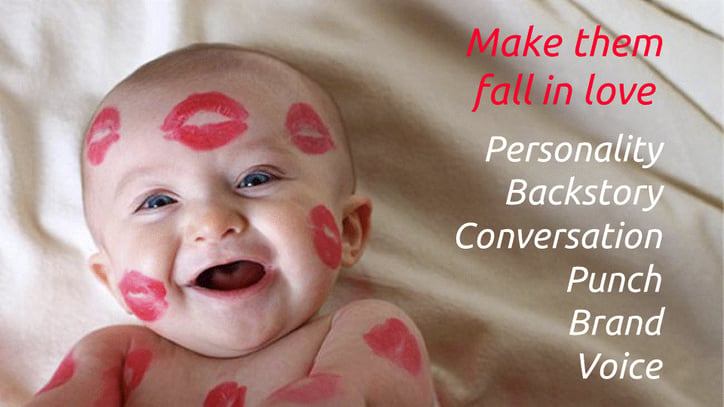 There is still a considerable amount of unanswered questions surrounding voice search marketing such as, “When and how will paid ads be introduced?”,“How will Amazon let other competing brands be accessed on Alexa?” and “How will voice search impact B2B?”.

As charming and insightful as Andy and Craig undoubtedly are, it would be foolish to expect them to be able to provide concrete answers to these questions because it is simply too early to say. However, their prevailing takeaway message about conversational user interface devices and voice search for marketers was threefold: