Why Your Branded Social Media Has Stopped Working 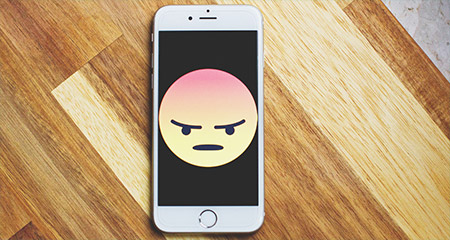 Gone are the days where social media timelines showed posts in a chronological order -  algorithms now dictate what you see on your timeline. These algorithms are complex and always changing so it can be difficult to know how to get your branded content to the top of people’s feed.

While most of the big platforms are still a little secretive about how exactly their algorithm works, there are tips and tricks that we’ve picked up along the way about how the various platforms work. So if you’re finding that your branded social media has stopped working, here’s some assumptions we've made about why that might be and what you could try to work with the algorithm.

You aren’t engaging with your followers

Algorithms look for genuine connection between users. After all, it’s called social media, so be social! Posts with comments and replies will do better than those that just have simple reactions or shares. Instagram revealed that posts and accounts that people engage with most will show up first in their newsfeed.

So how can you work with this? Well, make sure you’re posting content that’s going to spark conversation and get people talking. This doesn’t mean you have to be controversial in what you’re putting out, but if you put out posts that ask a question, or evoke some sort of emotion (think funny anecdotes, behind the scenes office pictures, asking your audience to vote for their favourite X, Y or Z) you’re likely to get a response. You should also reply to as many comments as possible to show you’re engaged with your audience and increase the interaction of your post. Why not ask a question in a response and keep the conversation going?

You’re only posting from business accounts

The Facebook algorithm prefers posts that come from personal accounts over those that come from business accounts. By demoting posts from business accounts and making it harder for them to get good reach, it encourages businesses to invest in paid social media marketing to reach their audience. If you don’t have the kind of budget to put behind paid social media, you can always use employee advocacy as a marketing strategy to expand your reach. For example, you can encourage your employees to share business updates and content through their personal accounts on Twitter and LinkedIn. You can give them a framework or guidelines to help employees know what is and isn't appropriate to post on social media.  You could also use HubSpot’s social scheduling tools to post relevant content through their accounts (for example, every time a new blog is published you can put a post out through your employee's accounts).

As social media platforms reward accounts with high engagement, you’ll want to make sure you’re posting at times where your audience is most active. Tools such as followerwonk can help you find the best time to post your content, so that you’re not posting content at a time where no-one is going to see it. If you have a global audience and some content that you really want to get out, share it more than once, at different times, with a slightly different message so that it reaches as much of your audience as possible.

In May 2019 Facebook announced that ‘[they] will add more weight in ranking to videos that keep people engaged, especially on videos that are at least three minutes long.’

Although other social media platforms haven’t been as explicit in exactly what length of video they prefer, the longer people spend reading your post or watching your video - the more likely they are to get seen as it shows people aren’t just scrolling straight past your content. With the rise of TikTok and Instagram releasing Reels, it seems like video really is the way forward when it comes to holding the feed up.

Your posts are taking people off-site

At the end of the day social media platforms are businesses themselves. If you provide links to external content in your posts, it’s likely they’ll demote these posts as you’re taking the user off site. This means less time for them to target you with ads and make their own revenue. Instagram doesn’t even let you link to external content in posts, and allows you to shop from online stores without ever leaving the app.

What does this mean for you? Obviously this is a tough one, as on platforms such as LinkedIn and Twitter it’s likely you’ll want to stick to the rule of thirds and promote areas of your own website or share industry specific articles. This is fine to do as long as you make an effort to mix up what you post so not all your content is linking outwards.

Using new platform features should lead to higher organic reach. Again, remember that platforms have their own interests at heart, so they’ll want their new features to succeed. Have a play around with Instagram Reels or Pinterest’s new Story Pins. LinkedIn is now also testing stories in various countries, and will soon be releasing them more widely. Using these new tools will not only help you master the algorithm, but also help you stay on top of new digital trends!

Photo: three screengrabs of an example of the new Story Pins from Pinterest.

Facebook has repeatedly said that they favour original content over unoriginal or repurposed content. This doesn’t mean you have to spend lots of time and money producing perfectly edited videos or animations. It can be as simple as creating an infographic on Canva or sharing a video that’s been recorded on a smartphone.

To make sure you’re posting regularly, even when certain team members are away, you can use social scheduling tools such as HubSpot or Buffer to get your content out (at the times that you established are most popular with your audience). You can also repurpose content across platforms to make the most out of any content you produce.

Social media sites are making changes to their platforms in attempts to crack down on the spread of fake news. Facebook will reduce the reach of groups that repeatedly share misinformation or post links to spammy, low quality content. This means you need to check the validity of any news articles or website pages that you link to before including them in a post. Only post from reputable sources and don’t share links to sites that have disruptive ads, lots of broken links or pages that load very slowly. You’ll also want to avoid using any hashtags that Twitter or Instagram have banned to avoid your account getting penalized.

At the end of the day, social media algorithms work to provide the platform user with a good experience. So make sure you’re posting quality content that you think your followers will actually find interesting or informative and you should see your reach improve. If you want to more social media tips, download this free guide: Lean In 15: Manage Your Social Media In Under 20 Minutes A Day. 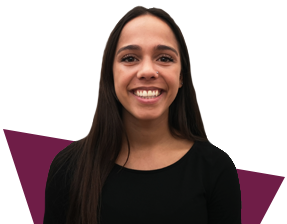